Singapore, 12 April 2021 – Mitbana, a joint venture company of Mitsubishi Corporation and Surbana Jurong, together with Sinarmas Land Limited (“SML”) through its subsidiary, PT Bumi Serpong Damai Tbk. (“BSDE”), announced today that they will be jointly developing the first interconnected multi-modal transport complex in Greater Jakarta. This project is Mitbana’s maiden undertaking in Indonesia and is part of a growing partnership with SML. 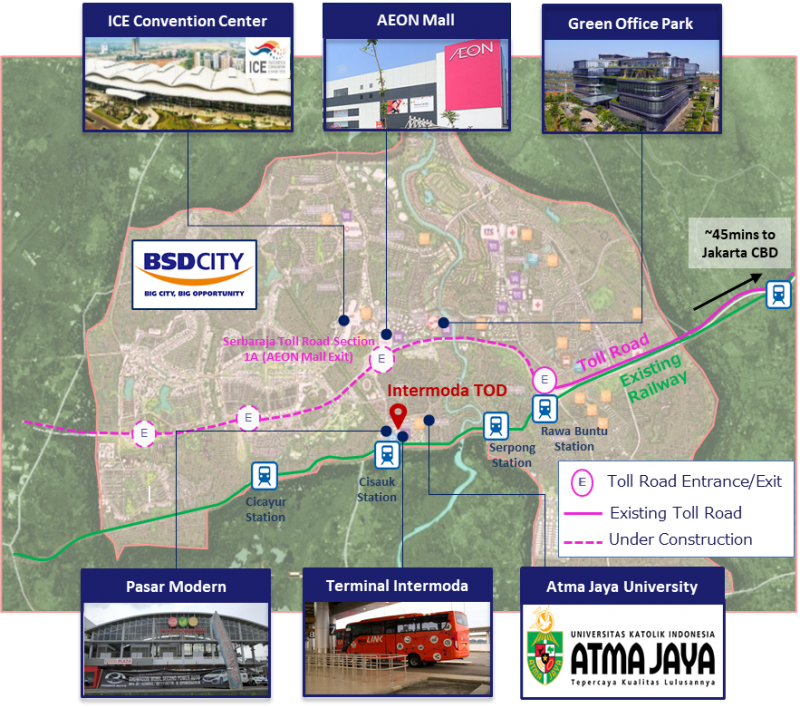 A key feature of the Intermoda TOD will be its connection to the Cisauk Train Station, which is situated along the Kereta Rel Listrik (KRL) commuter line that connects directly to Jakarta’s Sudirman Central Business District in under an hour. Refurbished by BSDE in 2019, the Cisauk Train Station is connected by overhead walkways to various amenities including Pasar Modern, an urban marketplace offering fresh produce, groceries and fast-moving consumer goods, as well as an existing bus interchange which currently services BSD City. 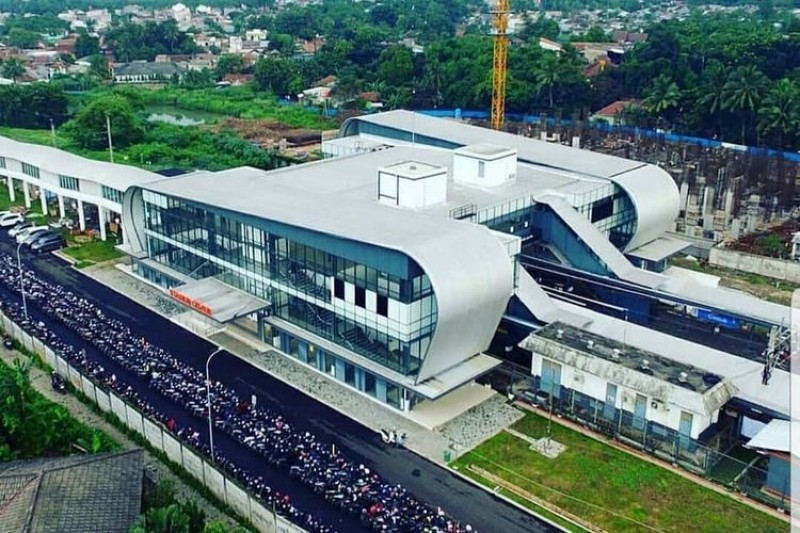 As part of the development of the new Intermoda TOD, the existing pedestrian connections from Cisauk Station will be expanded and upgraded to include new retail and food & beverage offerings. When completed, the entire Intermoda TOD will cover a land area of approximately six hectares. It will feature a new town centre with community facilities catering to young families, working professionals and students such as those from Atma Jaya Catholic University, situated 400 metres from the development.

The collaboration between Mitbana and SML will also explore smart technologies to enhance bus services within BSD City and other surrounding townships. These enhancements will complement Cisauk Train Station’s connection to the future Serpong-Balaraja (Serbaraja) toll road section 1A, which is expected to be operational by the end of 2021. 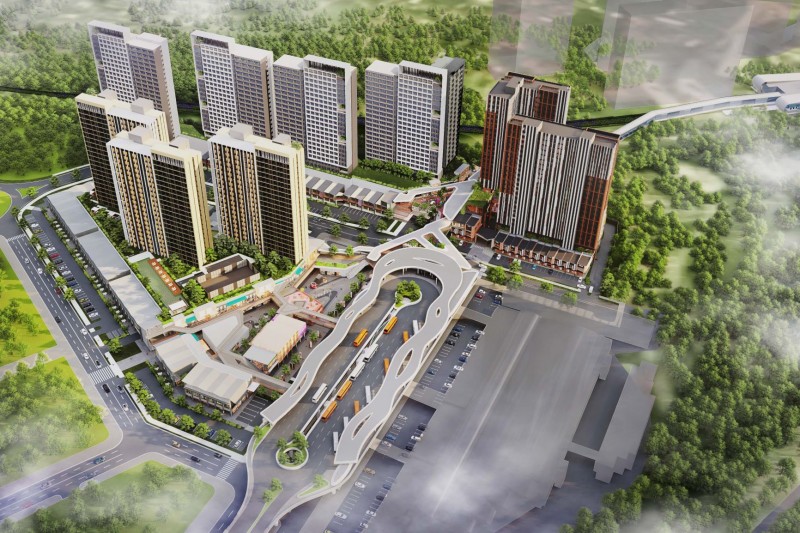 Mr Gareth Wong, Chief Executive Officer of Mitbana, said, “Mitbana is excited to partner Sinar Mas Land in this rare opportunity to build a future-ready development that will cater to the growing needs of BSD City and provide greater connectivity for its residents. We see great potential in the Intermoda district and will leverage its unique attributes of being connected to an upgraded commuter rail station and an operational bus interchange. Our vision is to develop a new urban precinct with modern services conveniently located around the Intermoda TOD and to promote sustainable living by making public transport options even more accessible. We look forward to delivering affordable, quality housing that will cater to the mass market in BSD City.”

Construction of the Intermoda TOD, which has a total development value of approximately S$200 million, is expected to commence in phases starting from 2022. This development is part of Mitbana and SML’s larger goal to transform over 100 hectares of greenfield land in BSD City into TODs comprising residential apartments, commercial properties, lifestyle amenities and public transport nodes. As the 60% majority shareholder of the joint venture, Mitbana will also introduce best practices in urban development from Japan and Singapore and embrace new technologies to create future-ready TODs.

Mr Hidetoshi Suzuki, Chief Operating Officer of Mitbana, said, “Mitbana will leverage Mitsubishi Corporation’s experience in curating urban developments and Surbana Jurong’s technical expertise in urban design to create a smart and high-quality TOD that is efficient and effective for its residents. Recognising the need to contextualise our development offerings to the local market, Mitbana will work with suitable partners to offer affordable best-in-class products and solutions. Together with Sinar Mas Land, we want to create a leading smart and sustainable development in BSD City and foster the building of an inclusive social community.”

The formal sales launch of the Intermoda TOD will be unveiled at a later stage and tap on recent measures announced by Indonesia’s central bank, Bank Indonesia, to boost the property sector. These measures include relaxation of loan-to-value ratios for property mortgages and easing of mortgage disbursements to accredited property developers, and are expected to improve overall affordability for local buyers and spur demand.[1] As Mitbana’s local partner in Indonesia, BSDE will play a critical role in advising on such matters and oversee the land preparation, infrastructure development and local stakeholder engagements.

Mr Michael Widjaja, Group Chief Executive Officer of Indonesia’s Sinar Mas Land, said, “The Intermoda TOD will define the next generation of urban living in Greater Jakarta and set the stage for a sustainable community that we have envisioned in BSD City. Despite the onset of COVID-19, we remain encouraged by the market’s strong fundamentals and continued interest in BSD City’s product offerings. The recent announcements by our government to promote foreign investment in Indonesia presents tremendous potential for property development in BSD City. With the Indonesia market on the cusp of a strong recovery, Sinar Mas Land and Mitbana are well-poised to implement our plans for the Intermoda TOD.”

Structured as an urban development fund, Mitbana has an initial seed capital of US$500 million from its founding shareholders and its investment mandate covers transit-oriented developments, township developments, and associated urban-related infrastructure. For more information, please visit: www.mitbana.com.